There’s a debate going on in certain circles whether backpackers or tourists are better. While the idea of travelling through the world sounds appealing to some, there are others who think travelling as a backpacker is safer and cheaper than travelling as a tourist. And then there are those who think the two are practically the same. This article will examine the differences between the two and whether there’s actually a difference.

People travel for a variety of reasons, and they often use different words to describe their travels. A backpacker is a traveler who has a base camp at a particular location, and they travel around different areas within their base camp. Often these people are based in one location, such as a big city or university campus. However, they stay in one place for a long time, and they travel to different parts of the world. These people might be called “tourists” if they travel in order to see the sights, but it is often a derogatory term.

A backpacker is a traveler who is on the move and always has a bag, usually a backpack, with them. They usually carry their own supplies (food, water, and gear) they buy locally at cheaper prices. They move from town to town and stay with others in shared hostels. Backpackers can be independent, but they are more likely to share their tent with someone in need of a bed.

Tourists are people who go on vacation to places like Puerto Vallarta, stay in luxury villas (you could try here to look for ideas), and soak up everything they can about that country. Put simply, tourists go on vacation to have a jolly good time, and they are people that are all smiles and happy faces, and you wish you to be them. So, if you take a vacation, you are a tourist. But, unfortunately, not many people are tourists.

What is the difference between Tourists and backpackers?

Tourists and backpackers have a lot in common. You can be both a tourist in your own city or country and a backpacker traveling while you’re on a short-term tour of the world. The main difference is that tourists stay in one place while backpackers move around for a shorter period. A lot of times, they use tours to get around.

The world of travel is filled with all sorts of people, some that you’d think would have no business being on a plane, and some that you’d want to have on the plane with you! Of course, you think of the obvious ones as tourists, which are people who come to a place, marvel at the place, and then leave. Then there are the ones that you’d never think would be on a plane, such as backpackers, which are people who actually live in the place they’re visiting.

There are many stereotypes and misconceptions about tourists and backpacking travelers. However, these two groups of people have certain things in common, such as being adventurous and spontaneous. In most cases, they are both looking for a different holiday experience from the traditional hotel stay. However, there is one thing that will always be true about travelers: they are rarely short of money.

There are lots of people who make their living in one way or another by traveling. People make a living because they want to see new places, meet new people, or learn new skills. So, does it matter which type of traveler you are? Yes, and it matters a lot. There are a few things you should know before you decide which one, you’d rather be: Tourists get the best deals on hotels, restaurants, transportation, and attractions. They also get the best views and photo opportunities. Backpackers travel for the same length of time as tourists, but they sleep in cheap hostels and use public transportation, which is cheaper than taxis and quite cheap if you know where to go.

Tourists are usually more in touch with the culture of a place and can do something like dance or sing in a foreign language without ever being called a dumb tourist. Even more important than all of this, tourists tend to stay in one place and visit the same place over and over again.

By Crissie ReynoldsMarch 23, 2021Global TravelLeave a Comment on Backpackers vs. Tourists: Is There a Difference? 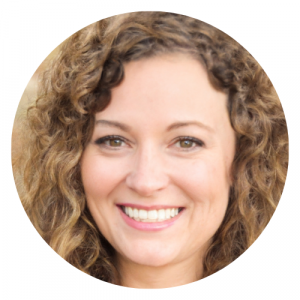